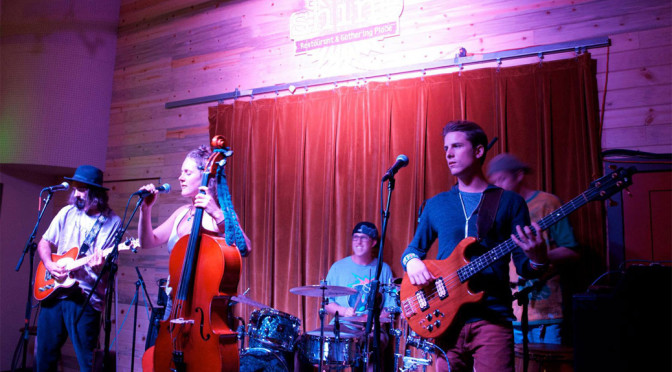 To celebrate our very first anniversary, I’ve decided to put together a quick watchlist on musicians I have previously worked with on IndieVerse.

Special thanks to each and every one of you for your support and contributions throughout this past year. IndieVerse would not be the same without you.

After an enticing teaser trailer, the music video for ”Ghosts You’ve Won” is finally out!

Around September last year, the demo for Kaela Sinclair’s debut album Sun & Mirror found its way into my inbox.

Back then, I was still experimenting with a new series of posts called “Story Behind The Song”, dedicated to giving musicians a platform to share the inspiration and struggles behind their songs.

Kaela’s article really showed me the potential of the SBTS series, which I still publish to this day.

I also wrote a separate review for her album.

Later this year, Kaela will be contributing another write-up on Songwriting under our “Expert Articles” series.

Read about the incredible story behind the production of this album in my interview with Scarlett Flynn.

My conversations with Scarlett really opened my eyes to the cutthroat side of the music industry. Very insightful.

Their song “How Your Silver Shines” is featured on my assorted indie rock mixtape If A Tree Falls. They were one of the very first bands to participate in this project.

#3 Natural Language by Via Audio

Here’s a snippet of “Boat” by Via Audio for their upcoming record Natural Language. Courtesy of Thomas Deis for this watchlist. One of the earliest reviews written on IndieVerse was Via Audio’s song “Olga” from their second album Animalore. We later featured it on If A Tree Falls.

The original “Young” by AYER was featured in the second installment of my Indietronica mixtape. Here is an EDM remix by DJ and producer Elephante.

Danny Schmittler from AYER has helped us promote Indietronica 2.0 via Twitter. He also has plans to release a yet unnamed EP sometime in March.

Feel free to help yourself to a free download of “Circle Down” (Remixed by Wize) here.

A round of applause to Saucy Monky for winning the Best Music Video award at the 2013 San Diego IndieFest for “Awkward”.

I first connected with Saucy Monky when I reviewed their latest EP - Trophy Girl Part 2.

I want to thank Meijin Bruttomesso and Jillian Santella from Effective Immediately PR for hooking me up with Saucy Monky, and Cynthia Catania who was kind enough to answer some of the questions I had about the EP.

The band later contributed their song “Sleepwalking”  to If A Tree Falls  -  which remains one of my favourite songs to this day.

#6 Held Down by Stop Drop Robot

SDR’s contributions to this website range from a mixtape track to endorsements to co-written articles (Gigging Locally vs Online Promotions – coming soon).

A shoutout to Sam Christie and Nathan Bailey. Thanks for everything.

Check out the newest single from Medic – “Wake Me Up”

One of the best and most underrated alternative rock bands I’ve ever come across. We can definitely expect great things from Medic in the near future.

“Everything We Have” from their debut album Grace & Gravity is featured as the leading track for the Andromeda mixtape  -  a collaborative effort with frontman, Aaron Wagner.

This eponymous album by STACEY is now available on iTunes.

STACEY was first featured on IndieVerse under the #NowPlaying section. Her music video for “Worst Part” also found its way to my Top 10 Indie Music Videos list.

I’ll always be grateful to Colorado based singer-songwriter Jake O’Neal for being the very first musician interviewed on IndieVerse. His contribution to this website gave me the credibility boost I needed to attract other musicians.

#10 The Record Collector by The Foreign Films

Since featuring “Fall Of The Summer Heart” on SBTS, we have been eagerly anticipating The Foreign Films’ newest LP – The Record Collector.

“It’s been a whirlwind of creativity these days!The new songs have taken on a life of their own - a tremendous amount of heart and soul has gone into writing and recording this album.These songs have truly become the soundtrack of my life. The LP takes the listener on a roller-coaster ride from the most challenging/epic tunes we’ve ever worked on to the most intimate minimalism!”  – Bill Majoros

The Foreign Films will be releasing The Record Collector late May or early June.