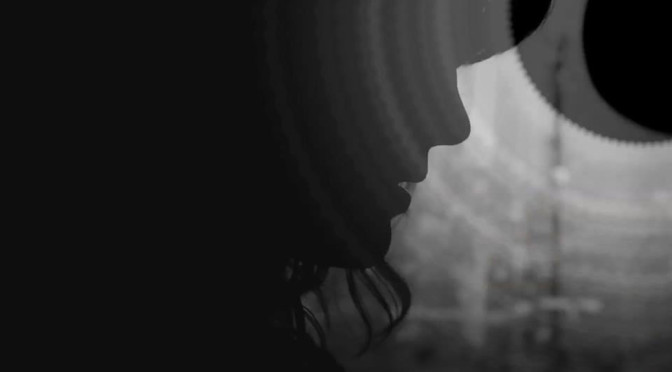 With equal measures of talent and beauty, we invite Texas based singer-songwriter Kaela Sinclair to talk about her song Run for her soon to be released album, Sun & Mirror

I wrote the song “Run” when I was working on demos for my upcoming album, Sun & Mirror. The process of demoing became a much more involved project once I discovered the joys of engineering and producing. These demos turned into my EP, Bedroom Series. I began working with Logic Pro, a condenser mic, my Nord and Yamaha keyboards, and my acoustic guitar. Having all of these options and learning how to layer tracks and use Logic to create the entire arrangement gave me a lot of freedom in regards to songwriting. It also led way to a wave of musical inspiration.

The need to create permanent and complex art can be satiated with much more ease without the stresses of a budget and timeline. The many, many months I spent recording my upcoming LP (which will be released October 8th) at Redwood Studios in Denton with some of the most talented musicians I know was an incredibly fulfilling and satisfying experience, but there was also something special about spending all that time alone in my apartment recording my EP.

Once I started writing this song it came together very quickly. I remember writing it on a chilly Saturday morning. The lyrics deal with a personal struggle that I was particularly struck by at the time, and one that recurs time and again. I think a lot of artists push away people they love (initially only in their heads) and create a kind of isolation that can be destructive. This song is about that feeling of self-imposed quarantine and the way being so in-your-own-head can affect relationships.

Musically, I wanted to reflect the feeling of strange calm using the open D tuning (major key) mixed in with a more eccentric, almost middle eastern scale on the ends of the choruses and on the bridge. I tend to have the most fun experimenting with vocals. On this track I doubled, tripled and eventually quadrupled the lead vocals, including octave doubles and harmonies. I used panning effects and different EQs for different vocal parts. The hardest part of demoing this song was trying to find the right way to record my acoustic guitar. It’s a relatively cheap guitar, and my apartment is not acoustically treated. Not to mention guitars are notoriously tricky to record. Eventually I found a spot that was close enough, but not perfect. Does anyone really want “perfect” in their favorite music anyway? I’m not sure I do.

“Run” was a song that I didn’t ask myself a lot of questions about. I edit plenty of my songs, but once it was written I decided to just let it be. These first demos felt like a time capsule. I didn’t want to lie to my future self. It’s interesting to look back on a song and try to recall the exact feelings that brought it into existence, but while the music stays the same, the feelings that are conjured while reminiscing are rarely static. As much as we sometimes want to change ourselves, we are each our own variation on a theme.

You can find out more about Kaela Sinclair and her work at these links:

We cannot be saved

Story Behind The Song – In Time by Lake Jons

One thought on “Story Behind The Song – Run by Kaela Sinclair”