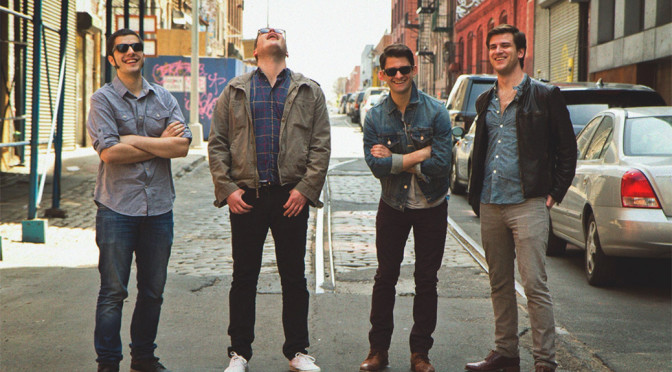 Meet Me –  The first single from Sun Will Rise, the latest album from Brooklyn based Animal Years

Mike McFadden, the driving force behind Animal Years tells us more about his song.

“Meet Me” was an easy song to write. Easy in the sense that I had the idea for the song and plenty of lyrical content to work with. Emotionally it was one of the most difficult songs to write because of the circumstances that were going on while I was writing it.

I was living in Baltimore last year when a song that I had written was selected to be in a huge ad campaign for Pennzoil. With the money I made I quit my comfy job at Johns Hopkins University and decided I was finally going to move to New York and be a musician full-time. “Meet Me” is about relationships and leaving people behind for new adventures. Not only did I leave my job (which I loved) , I also left my family, friends, and a girl that I finally thought I could have a meaningful relationship with.

The lyrics are loosely based on my trying to convince someone to stay with me even though we would be apart most of the time, but also talking about the uncertainty of  picking up and moving to a new place with much uncertainty about the future.

Now that I’ve lived in New York for over a year, “Meet Me” takes on a much different tone for me when we play it live. I think more about the things that I’ve overcome, and am happy that I’m able to look back on what I’ve left with appreciation rather than regret. This excerpt is a great example of this, talking about how then I was upset with the situation but now have come to terms:

“I had half a mind to come back, you had a reason to let me in, but I had so much more to tell you way back then”