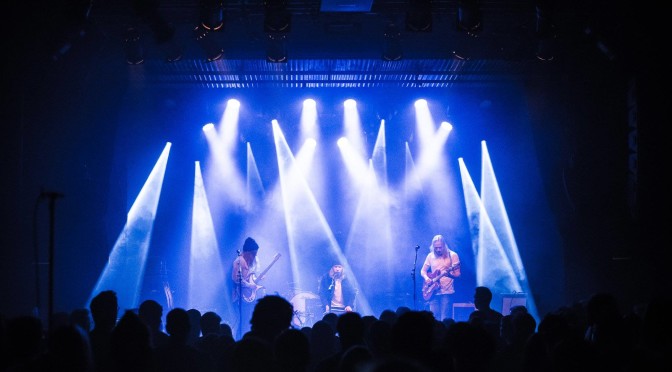 Like almost all the songs we’ve done, I started recoding some ideas with the guitar in the Lake Jons Garage. The song “In Time” came quite quickly together but the lyrics waited for almost one year to be finished.

It was the song that was born just after we had mastered our two EP’s so it was in some kind of an empty space between the old and new. We had no hurry to finish it and it stayed in the demo folder for a year or so. When we started planning on releasing the second EP and we got an idea to put “In Time” on it even though it was still on the demo stage.

We put it together and finished the lyrics. I listened to my old demo guitars and wondered even though they were recorded kind of carelessly I loved them cause of the sound and the feel. The only thing that we kept having a problem with was the beat. To have it or not to have it. Just couple of days before mastering the song we ended up finding the right minimal beat for the song. But in the end we kept basically every track from the demo session and replaced only a few instruments like for example the vocals. The key message of the song “I take my chances” is pretty straight forward so I don’t think it needs more unwrapping.

The way the song came together was pretty unusual for us. It was a slow process of one year.