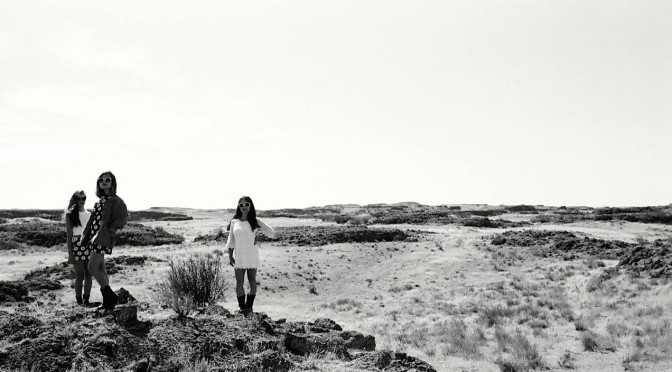 The song Boy actually began as a soft, acoustic song. I was messing around transitioning between two chords and vocally riffing over them when I came up with the melody. I played the song for my bandmates and they suggested we replace the acoustic guitar with the overdriven bass line that you now hear on the track.

Lyrically, Boy is the simplest song I have ever written.  I transitioned to songwriting from writing poetry and thus I love intricate lyrics. However, I wanted to try something new with Boy by using aloof lyrics and letting the instrumentation convey the story. The emotion I wanted to capture was desperation. The track starts off sparse with just the bass and slowly builds as the other instruments are added in, climaxing with the guitar solo before simmering back down.

The chorus lyric “Can you feel the wind” was a line I cut out from a poem.

In fact, all the songs from the album Cowboy Movie Star are snippets from poems.

It was part of a project I did last summer where I created a collages from vintage postcards intermixed with phrases from cut-apart poems, in what amounted to an ode to western deserts, 1950´s slow dances, and old Hollywood.  One of the postcards portrayed a lone cowboy and it conjured in my mind this heartbreaker cowboy protagonist who never stays long in one place, hence the verse lyric “that boy he goes like a bird like a ship like a plane.”

“I wrote the song from the prospective of one of his mistresses begging him to stay, her building desperation mirroring the crescendo of the song’s instrumentation as she implores if he can feel anything at all anymore.”

Our debut album Lost Parade was extremely personal, and this upcoming album is no less personal. However, this time around I projected the emotions I was feeling at the time through these cinematic lenses which I think added some depth to the lyrics.  I’ll admit I’m a sucker for love songs, but with this album I wanted the listener to have to work harder to discover meaning behind the lyrics rather than being able to label the tracks as “just another love song” or such.

Although I’ve already solved the puzzle for this track, there’s nine more you can dissect when the album comes out July 30th!

Story Behind The Song – In Time by Lake Jons