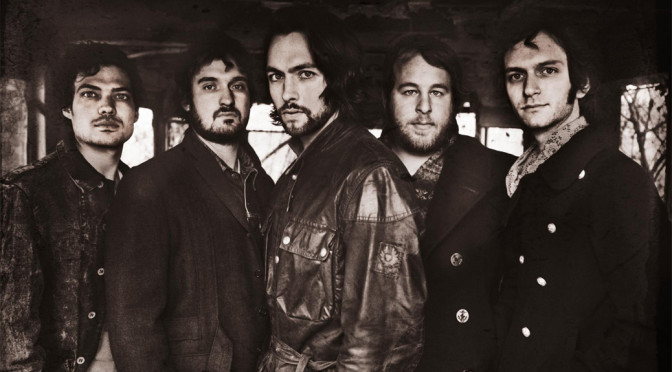 Hailing from Brooklyn, New York, Snowmine is a delicate gem among more grungy, indie rock bands which come from the same area.

The band is fronted by Grayson Sanders on keys and vocals. Playing alongside him are guitarists Austin Mendenhall and Calvin Pia, bassist Jay Goodman, and drummer Alex Beckmann.

Classified as ambient psychedelic pop, Snowmine’s songs are richly layered with classical orchestrations, echo pedals, and tribal beats. The band is also tactile, using props like Chinese lanterns and brooms to add to their sound. Their songs are composed tightly to a t, which is no surprise considering that most of them are written by vocalist Sanders who was a composer in the New York classical scene before joining the band. Sanders’ vocals are dreamy and atmospheric and have been favourably compared to Robin Pecknold of Fleet Foxes.

At the moment, Snowmine seems to be building up its live performances and touring across the US. Given the solid sound and subsequent following that they’ve gained, we can expect to see the band grow bigger soon.

My favourite songs from Snowmine

Fun facts: The title Laminate Pet Animal is a palindrome (a word/phrase that means the same when read backward). Try it yourself!

Check them out here:

Story Behind The Song – Meet Me by Animal Years