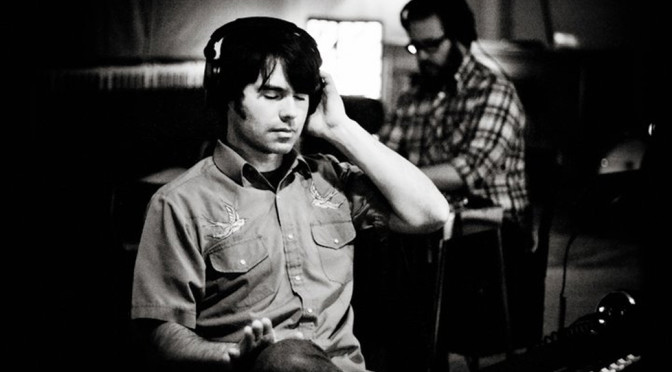 To be honest, I wasn’t too sure what to expect from Fall Of The Summer Heart. The first thing that caught my attention was the length of the track – almost 13 minutes!

I had assumed that the time would be somehow occupied by a chorus or bridge on repeat, steadily wearing itself away. What I encountered however, was something else entirely.

A musical masterpiece, with an eight part song cycle. A full year’s worth of songwriting and inspiration was packed into this. I have never heard this much diversity in a single song since the legendary Bohemian Rhapsody (not a comparison I use lightly).

Here are the titles of all eight parts:

With us today is Bill Majoros, the man behind The Foreign Films

One morning after playing a show in England I awoke from a rather hazy, soft focus dream.

An imaginary record seemed to haunt my sleep! I sang and mumbled all but forgotten fragments of melody into my “tape recorder”. Random foggy images of came to mind as well. Blackbirds, ghosts, a maze, heart broken lovers, a fortune teller, an abandoned amusement park at Crystal Beach, being in my Dads old car listening to a neon jukebox style radio as summer fades to autumn.

Days later I listened to the total nonsense I’d recorded! Like an archaeologist of the subconscious I began to piece these ideas together note by note. Connecting the dots from the past to the present. The result is the 13 minute single “Fall of the Summer Heart”. I’ve always loved  song forms that shatter the mirror of traditional structure. My dream did this for me! I guess you could call it a song cycle, or a dream sequence.

Songs within a song.

As far as recording goes I’m very lucky to have a supremely talented group of musicians/friends around me. I think of music in very cinematic terms,telling stories with sounds and musical colour. Because I’m a multi-instrumentalist I’ll lay down the basic drums,guitars,keys and lead vocals. Bass and recording wizard Carl Jennings plays a giant role throughout the journey. Kori Pop,a wildly creative musician, brings the track alive with her magic vocals!

When Bill calls me in to contribute vocals to Foreign Films material, I am always game. Because he has such a creative and solid sense of harmonic structure, it ends up being a singers playground! First, I listen for any instrumental hooks that vocals may be able to pull out even more. Secondly, I see if there are any obvious harmonies to add to his main vocal part. After these bases are covered…it’s time for the real fun!! When working on Fall of the Summer Heart, I tried to imagine my vocal parts as characters in scenes from a movie. Carl Jennings is a serious mastermind when it comes to producing vocals – he inspired vocal parts that I never would have imagined – like the weirdly charming  ”tralala’s” in Part V/She Disappeared and the tribal “ooh la la’s” in Part VI/Victoria (Miss India). Records are, funny enough, records. They’re a snapshot, a time and place. Musicians, technology and emotion-interwoven, entwined, tangled together..forever. If you listen deep they may just let you step into another world, an alternate universe of sound where you to can almost time travel. They weave a web from yesterday to tomorrow. Records can allow you to freeze in time a lost love or a distant summer. If you’re a song writer you can live in the moment and create a soundtrack to your own life in real time.
The Foreign Films new LP “The Record Collector”  is the story of a girl who  obsessively collects music. Her dreams, fears, journals, calendars, friends and lovers all corresponding with a tapestry of 45′s and LP’s. The seasons cycle round as her records spiral round. The album blurs fact and fiction, the real and surreal, the conscious and subconscious.

Look for the new LP

The Other Side Of Mt. Heart Attack by Liars

Don’t Want To Fall by The Narrative