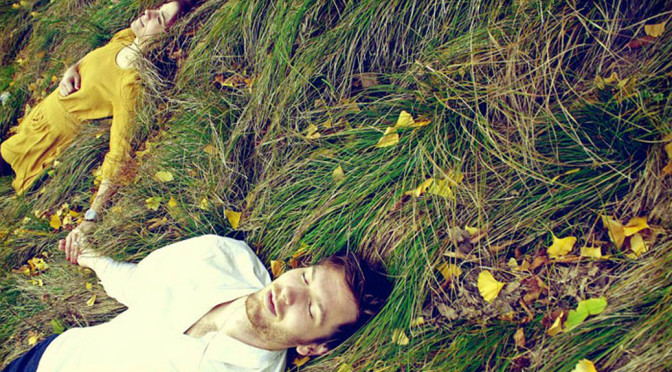 Olga is a sedate single by indie pop band Via Audio for their second full-length album Animalore.

I really love the harmonizing in this song between vocalists Jessica Martins (second from left) and Thomas Deis (second from right).

After much searching, I still could not find the lyrics to this song anywhere. So I decided to contact Via Audio directly.

Deis who is also songwriter and guitarist for the band was kind enough to provide both the lyrics and the inspiration.

This was part of his reply:

“Here are the lyrics for Olga, inspired by a girl named Olga who doesn’t like the sound of her own name.”

To my knowledge, these lyrics can’t be found anywhere else online. Except of course, on IndieVerse.