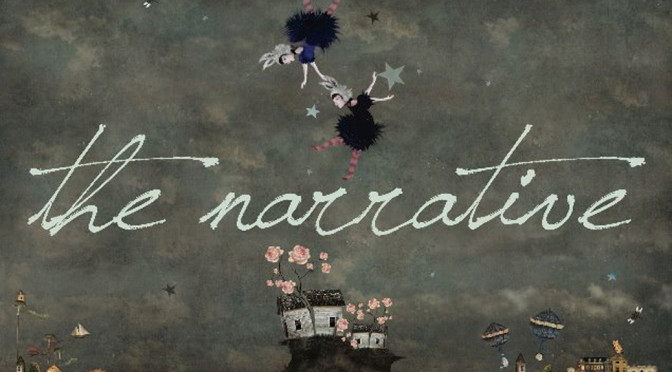 The Narrative is an indie pop band from Long Island, New York.

Answering our questions with incisive wit and sagely advice, we have Jesse Gabriel (left) 1) Give a brief summary about the band members and how the band came together.

The band members are me (Jesse Gabriel) and my evil counterpart, Suzie Zeldin. I play guitar, Suzie’s on keys, and we both sing. I’m a Scorpio, Suzie likes Hanson.

We actually went to High School together and grew up in the same town but didn’t really know each other. We “met” through the Craigslist musicians section and realized later on that we were actually much closer than we knew.

2) What else is the band doing while not playing music?

I guess we’re pretty normal other than the music thing. We work, we hang out with friends, we read, watch movies. I wish I could say I collected stamps or something but alas, I am a simple man.

3) How was the name The Narrative decided?

We drew up a long list of names. Suzie was an English major in college and I was a Communication major so a lot of them were based on literary or scholarly terms and theories. At the end of the day we ran with The Narrative and people seem to like it so we feel pretty good about the whole thing.

4) What has been the biggest challenge for the band so far?

As many bands experience, the biggest challenge is being heard. We know we make music people can relate to and appreciate, but getting your music into people’s ears isn’t as easy as it seems. It’s very common we hear things like “wow, how have I not heard of you guys before? This is amazing!”. We know we have a lot of potential fans and listeners out there who simply don’t know we exist, and the true challenge comes in finding a way to get our music to those people.

1) How would you describe the genre of your music? What defines The Narrative?

Genre-wise we fall somewhere in the very vague realm of “indie pop”. We have a lot of influences and they run across multiple genres so our music tends to blend in and out of different sounds, but there is still some “glue” that keeps it feeling like the same band. I think our sound, while definitely reminiscent of a lot of other bands, is unique in its own right and that is why our listeners can identify so strongly with it. We aren’t out to sound like anyone else, we’re not looking to fall into a particularly genre or jump on a bandwagon. We make music we believe in and we do what comes naturally to us. Suzie and I have a very strong natural chemistry when writing music.

2) Tell us a bit about the creative process. Who writes the songs? Where does the inspiration come from?

Our inspiration can come from a variety of places. Personal experiences or the experiences of others, books, TV or film, and of course other music. When we write, it usually is coming from the need for an emotional outlet. 1) What other projects are you currently working on at the moment?

Suzie is playing with Chris Carrabba (Dashboard Confessional) in a new band called Twin Forks. I’m twiddling my thumbs and eating an apple. 1) What can we look forward to from The Narrative? What future plans do you have in mind?

Well, we’d like to be rich and famous and have our own island in the sun, a Ferrari or two and a whole lot of tequila. Actually maybe two islands, one for each of us. That way if we get sick of each other we can just go to our separate islands. Don’t drink and drive. Don’t be a bully. Hold the door for other people. Be kind to your parents. Be accepting of different viewpoints and lifestyles. Don’t work a job just for the money. Don’t hold a grudge. Surprise your significant other with a small gift from time to time. Tell your friends how much they mean to you.

If there is a musician or artist you love, the best kind of support you can give them is to tell as many other people about them as you can. Post on Internet forums, Facebook, Twitter, whatever. Tell people at social gatherings. That’s worth more than a CD or T-Shirt sale will ever be.

Thanks so much to anyone who has ever cared about our band or taken the time to listen to our music whether you liked it or not. For more details about The Narrative check out their official site here: http://www.thenarrativemusic.com/

You can also connect with them through Facebook:  https://www.facebook.com/thenarrativemusic