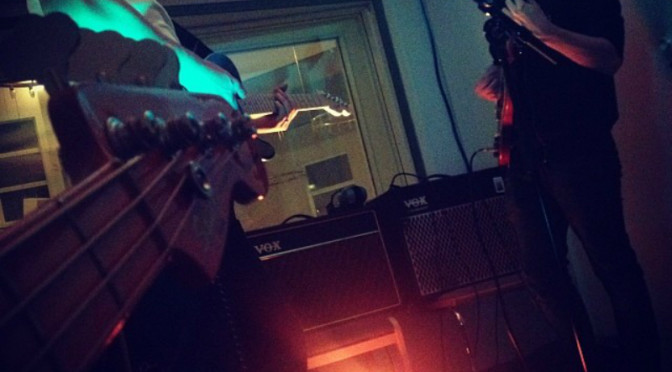 Introduce Oh Hiroshima to our readers!

I would say Oh Hiroshima is a modest band from the depths of the woods in Värmland, Sweden. The woods of Småland as well, since Simon joined. There’s a lot of trees in Sweden. We’re 4 good friends who like to make music together. 4 very different individuals.

In your own words, what distinguishes post-rock from other rock genres?

Post-rock for me is that it’s mostly instrumental music. Instrumental music has always made me feel like I can relate so much more to the music, since it’s the association/story that I make myself that matters; there are no lyrics there to tell me what this song is about. I’m free to feel what I feel and make my own connection with the song.

Could you describe the process of creating post-rock music? What inspires its unique sound, and how would you go about producing it?

Our process has changed through the years, but since Simon joined and we became a full band for the first time, I think it’s gone in the right direction. We usually meet at our own rehearsal place, and someone might have an idea for a song. We play with it for a while, just to get a feel for the song, then we go more in depth of what needs changing; how we can make it better. It’s a really organic process, and can’t be described entirely.

The thing with our music is that we’ve never said “we’re a post-rock band”. Me and Jakob leaned towards that kind of music in the beginning, but now it’s more like a mixture of all kinds of different genres that each person has brought to the band and is inspired by. Sure, we know we’re categorized as a post-rock band, but I think you might hear different kinds of inspirations if you listen closely. We’ve always strived to make post-rock more accessible for the average listener. Tell us about the post-rock scene in Sweden. How has it grown, and where do you think it will go from here?

The post-rock scene in Sweden is basically non-existant. There are a lot of great post-rock bands from Sweden like EF, pg.lost and Immanu El, but the scene in itself has never flourished. Post-rock is a difficult genre to describe, you basically have to experience it for yourself. So when you see a no-name-band playing at a club you don’t know what to expect, so you usually don’t go.

Conversations // Shoegaze with Bloodhounds On My Trail