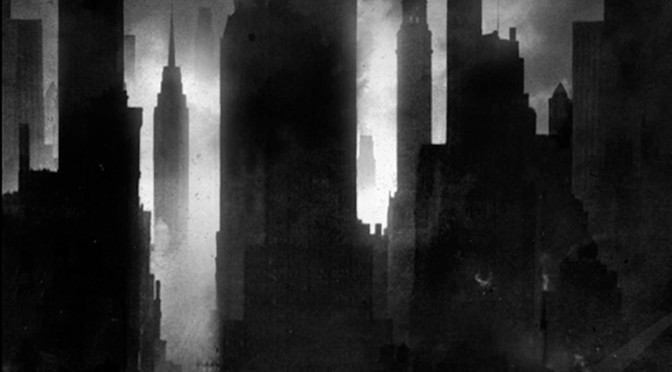 I’ve recently stumbled upon some really great music by The Last Days, a post black metal band. I was somewhat surprised/disappointed at the lack of information on this particular genre on the internet. So I decided to investigate further. That was when I found Aurélien Di Sanzo, administrator of several post black metal band pages on Facebook. Here on IndieVerse, he provides some really great insights into this often misunderstood genre.

I’ve chosen one of the more sedate tracks for you to listen to while you read this article. Just hit play on the music widget below First of all, could you introduce yourself to our readers? How would you define Post Black Metal? What sets it apart from other genres? And what do you enjoy about it?

That’s a complicated and tricky question. I will divide my answer in different paragraphs.

Historically, you have to know that the “post black metal” tag was used by a journalist to qualify the first Amesoeurs record, which dated back to 2009. Almost every one agreed to say that post black metal emerged from France which is not entirely true. To me, the Australian band Austere was playing a kind of post black metal few years before. Same idea with Agalloch from the US.

Musically, it’s a mix between black metal and post rock. Some idiots said that there also some shoegaze elements but it’s not really true in my opinion. From this, came all the stupid nicknames such as “blackgaze” and “shoegaze black metal”. I’ve even heard “romantic black metal” once, which I found pretty funny afterall.

Conceptually, it’s mainly about what I like to call “urban disease”. It’s a Baudelarian concept, taken from “Les petits poèmes en Prose” (1869). Lyrics are usually about empty streets at night, blurry neons, black and white perception, the feeling of being lost in big cities, the isolation of the self in the night, the fact that the city has not the same face during the day and the night. About this, Amesoeurs was definitely the first one to bring this urban image both in its lyrics and images. Bands like Lantlôs, Heretoir, The Last Days followed months later, even if they were already existing. There are lot of post black metal bands in Germany nowadays!

Its different simply by the fact that musically and lyrically, it deals with opposing feelings: black metal and hatred, slightly misanthropic atmospheres mixed with the beauty of post rock, the poetic and quiet feelings that you can feel at night. What I like the most is that there is a a complete coherence in post black metal: you have images which illustrate the lyrics and the music. It’s so artistic. Concerning this artistic approach, I want to add that it’s obviously Alcest who brought this to the table, releasing beautiful artbooks with very high quality images, conceptual lyrics and almost esoteric music. Even if Alcest is not a post black metal to me, we can definitely say that without Neige, we would have never heard post black metal or, at least, not in the same way. Name some of your favourite bands in this genre

Lantlôs, Heretoir and Infinitas from Germany. Amesoeurs, The Great Old Ones and Je from France. Austere, Germ, Grey Waters (Tim is a true genius!) from Australia. The Last Days from Mexico. Apocynthion from Spain. Hypomanie from the Netherlands. Lately… I want to say Deafheaven from United States, they’re incredible.

Conversations // Shoegaze with Bloodhounds On My Trail